30/4/1963 - Transferred to Willow Wren Canal Transport Services Ltd
The Willow Wren years are the best documented for this boat, and with butty "Beverley" it delivered the very last load of grain to Whitworth's mill at Wellingborough in April 1969, and continued to handle some of the last traffics to John Dickinson's Croxley paper mill in 1970, eventually with butty "Cygnus".

1970 - Sold to Trent Valley Cruises, Trentham, converted to 48 seat trip boat
1978 - Sold but trading under the same name until 1981 when the name was changed to Potteries Cruising Co
When Willow Wren ceased operations in 1970, it became a public trip boat on the Trent and Mersey, and operated until about 1986.

10/1993 - Sold into private ownership and converted to pleasure boat. The trip boat conversion was removed, and the hold was converted to the living accommodation it now has.

Maintained in Willow Wren livery and still named FLAMINGO. The Lister HA2 engine is believed to the one put in by Willow Wren Canal Transport Services around 1968.  It has recently had a complete rebuild – probably the first in nearly 50 years. 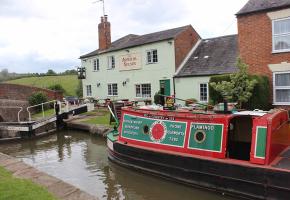 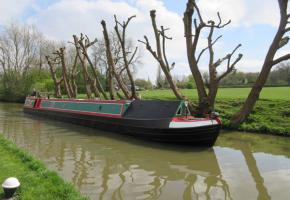 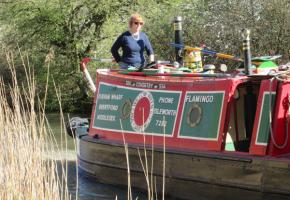 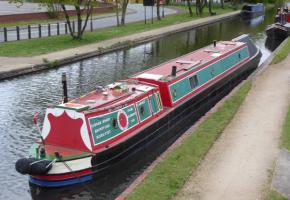 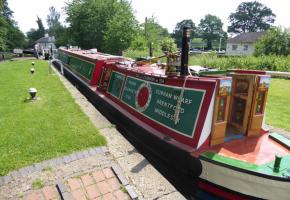 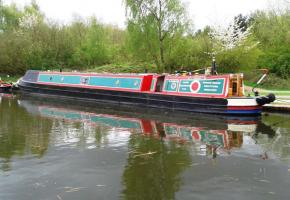 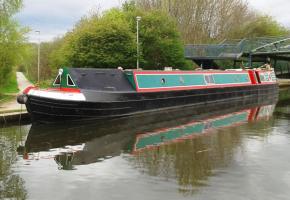