After a period as a single motor from 1934, the boat had the stern cut off and was converted to butty in 1951. The black & white photograph (supplied by Nicola Watson) was taken in 1950, when it was captained by her grandfather James Dean, who worked it with Kangaroo and Roach. It was photographed at Gnosall in 1957 being towed in a line of three with two motors (Kangaroo at the front and Roach in the middle) ahead of it. This was apparently a common practice at this time.

It later had the bow cut off square in order to be used for maintenance. It was subsequently converted back to a motor with the butty stern now used as the bow with only minor further modification. A full-length steel cabin was also added. The boat was also renamed to Leopard at some stage.

The butty stern has been used as the bow of the cruiser, with an enormous stem bar added.  The original bow has been cut off and replaced by a transom stern.  The alterations are such as to make it almost unrecognisable as a former FMC boat!

It is now moored at Oldbury Wharf, but easily missed due to the extensive modifications, which make it virtually unrecognisable. 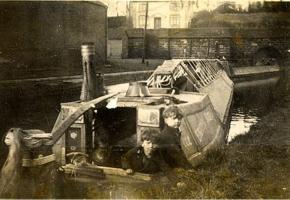 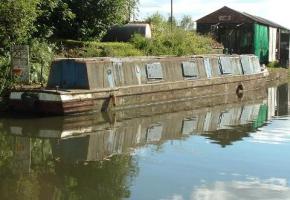 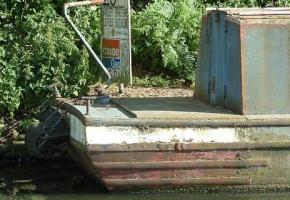 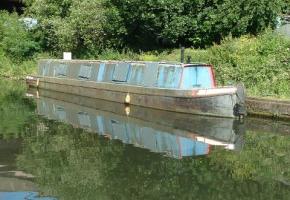