Last built of the 24 Braithwaite & Kirk horse boats, we took Yarmouth on in late 1982, after having viewed her on the Caldon. What her working history has been we have never found out. It may be that in later years she was de-cabin’d and used as an open day boat, but we know not where she lay before being sold into private ownership for conversion to pleasure in the sixties. The fore end had fine lines, though quite different from most other FMC boats, and though the back end wasn’t quite what we were after, stepping inside that day on the Caldon sealed the deal – it felt like a home, pretty much open plan but with a nice feel to it. The previous wooden top had been replaced after an owner (can’t recall which one) jumped off a lock-side onto the roof - and straight through into the cabin! That’s when the curved steel roof got put on. It also got a roof-top water tank that gravity fed the taps, ‘it’ was fed by pumping a Henderson ‘Chimp’ (by a ‘chump’) on the front bulkhead that took water from another tank in the fore end.

A side view of the back end shows the step in the hull side where the original back cabin started. The last ten feet were cut off somewhere in the Midlands in the early sixties, and a brass plaque within declared: ‘Golden Valley. Keel laid 1960 – launched 1962’. Underwater there was a flat ramp from the last bottom board up to water line. In this condition Yarmouth took us from Guildford to Gargrave, and a great many other places from 1982 to 1986. The Braithwaite & Kirk boats had a reputation for swimming well, and despite the back end, this certainly was born out in our experience, the fore end lines drawing many appreciative comments.

There was a marinised BMC 2.2 ex-London Taxi engine (Commodore) in an engine room, which was accessed from the stern deck, and above which the steerer stood when cruising. This, and the spacious ‘Sun deck’ at the back, along with other small items like failing wooden bottoms, two inch wide gunnels, bulging sides, and absence of any back end swim, made us take the decision to book her in at Braunston for surgery in 1986. We moved all our worldly possessions into a lock-up, and spent several months in a caravan while Yarmouth became a strong, sound, straight sided, BCN styled tug. Roger Farringdon and his companions did all the steelwork, while Chris Lloyd fitted and decorated the back cabin at his Moira Cut base, prior to which, insulation was spray foamed in at Rugby wet dock.

The BMC remained in situ until a Petter PD2 came along in 1987 (the BMC went into Kalamaki, and I believe is still giving service). This PD2 came from an ex-ships lifeboat, and had few hours running complete with a Parsons ‘F’ box with 3:1 reduction, so a new prop was ordered – 24”x 27” dia. x pitch. She did go well after that – and with a straight through pipe sounded well too! Once again, Yarmouth saw the Leeds & Liverpool, and Trent waters, reaching Lincoln in ’88. She swam well, stopped in little more than her own length, and gave us a sound home until we sold her in December 1992.

Not very long after, we heard that the Petter’s crank broke! All those ‘stonking’ miles and never missing a beat, never failed to start on the button, never a thought to problems. I believe the replacement is a JP2.

See Derek Reynolds' other article about Yarmouth and Tycho here. 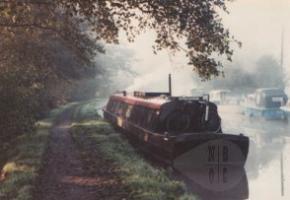 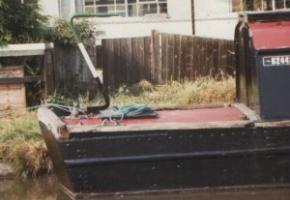 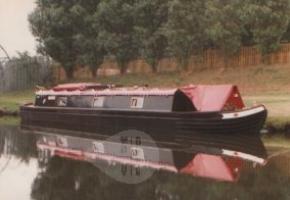 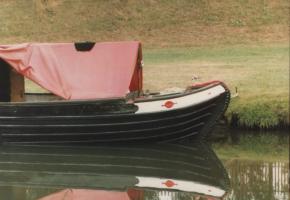 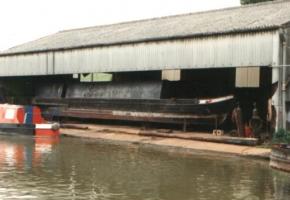 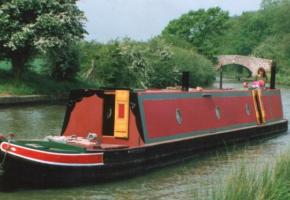