1934 - converted from a horse boat to a motor boat by Lees and Atkins, Polesworth, for John Wilson.

1951 - registered in London and used as a carrying boat

1953/1954 - converted to a 'hotel boat' by Tooley, Banbury for the same owner, trading as Inland Navigators.

1957 - paired with the butty Forget-Me-Not and continued to run as a hotel boat.

1959 - Petter engine was replaced with an Armstrong Siddley.

1963 - sold to an owner trading as an 'Inland Waterways Holiday Cruises Ltd', followed by new ownership again in 1991 when Mabel was then run between Llangollen and Chester canal.

1998 - in December, Mabel and Forget-Me-Not were registered as "sunk and abandoned" but saved.

2001 - converted, including dry docking, caulked and blacked keelson chine planks.  Her side planks were also replaced. 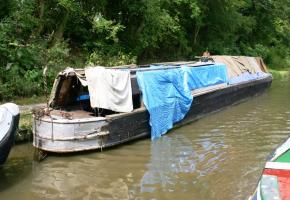 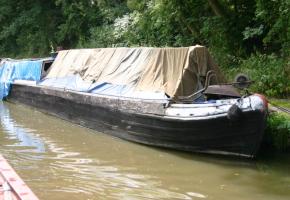 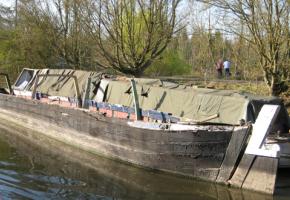